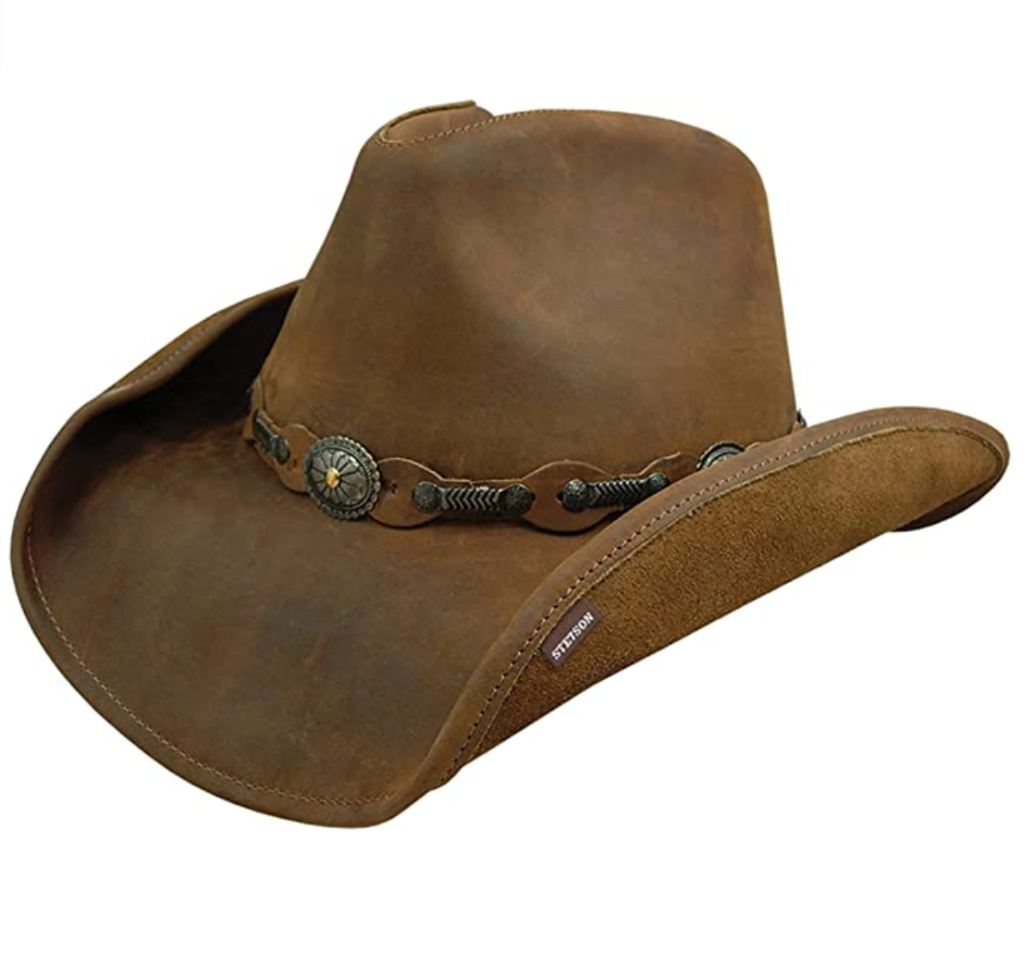 The modern-day cowboy hat dates back to 1865, when hatmaker John B. Stetson built its prototype. Since then, the cowboy hat has become a fashion icon, sported by Western star John Wayne, though the bowler hat quickly outpaced the real West’s cowboy hat. Following are some facts about the hats:

In his final film, The Shootist, John Wayne sported a custom cowboy hat on his dome. This Wayne-style hat featured a pinched front, a six-inch (15.24-cm) crown, and a triangular crease, a model still sold to this day!

The Shape of the Hat Describes Who You Are

In the case of cowboy hats, your hat’s style and shape represent who you are! For example, a relatively tall hat with a narrow crown was popular amongst cattlemen, both a fashion statement and functional headwear. This hat’s practicality also included tugging it down to fit tighter, protecting against the wind, rain, and sand.

Many Cowboys Preferred the Bowler Hat

Due to its sleek, aerodynamic construction, the bowler hat was much more practical than the cowboy hat for horseback travelers. The bowler was far more skilled at deflecting wind, dirt, and sand than the traditional cowboy hat. So while the cowboy hat was specifically designed for workers out west, many outdoors sported bowlers instead.

Although the cowboy-style hat has been around for some time now, nearly two centuries to be exact, there are still two highly reputable, quality brands that sell the original cowboy hat: Resistol and the John B. Stetson Company.

Cowboy Hats Are Described by the X-Factor

The X-factor rating system is the most common way to define a cowboy hat, describing the percentage of pure fur used to craft the hat’s felt. Similarly, the quality of the felt will determine how expensive or inexpensive the cowboy hat will be.

With the exception of the straw hat, the cowboy hat is designed to handle long hours in direct sunlight or mild rain. As a general rule of thumb, any cowboy hat that is crafted from natural fibers, like the straw hat, should not be exposed to the natural elements for as long.

The Resistol brand, in particular, has been known to craft especially durable hats capable of surviving both rain and snow. However, thunderstorms or heavy rains could break down the felt of a cowboy hat over time.