Being Indian, Halloween isn’t a festival that is celebrate here and not a lot of people even know about it. However, having grown up in Kuwait & India watching a lot of American & Canadian movies & tv shows, ofcourse I knew from a very young age what it was all about. And the part of getting free candy, walking around with your friends dressed in fancy outfits – monsters or vampires or fairies or angels, witches, zombies, ghosts, celebrities etc -; come on – who doesn’t love the idea?

Ofcourse Indians could get scared of the people dressed in those outfits if they didn’t know about it. That would have been funny. Oh, I must mention that Halloween is getting a little popular in India but not on the scale that it should be. As of now, it is restricted to a few BPOs & MNCs especially those that deal with American or Canadian processes. British too! I’ve seen pics of events held in some of the other offices of the previous company that I worked with, which had offices in Indian cities like Bangalore, Mumbai with international processes and they celebrated a bit of it. But it’s not done by the general public. 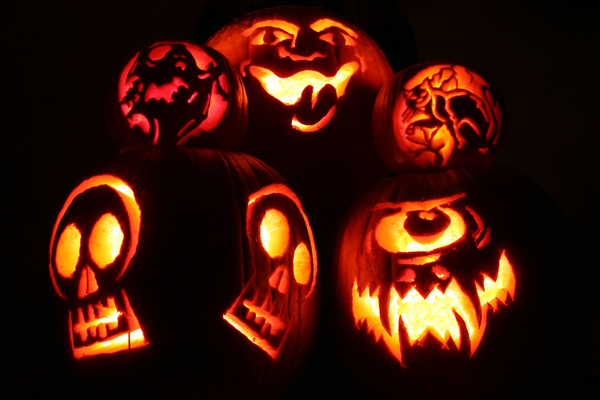 My memories of the festival/holiday is restricted to some of my fav tv shows, sit coms or shows like Buffy which has featured Halloween prominently. And who can forget the Halloween movie franchise as well! But that’s not exactly about celebrating the holiday. Anyways for those who do celebrate this fun holiday, I hope you have a great time and gets lots of candy and eat nice food and plenty to drink. Be safe & enjoy!