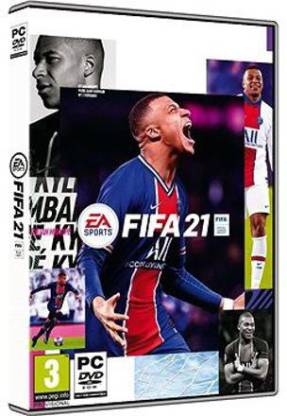 Now I am not a gamer by any stretch of the imagination. As a kid I used to have an Atari video game and I loved it. My sister, dad & I took turns to play the games on the device which we bought while we were still in Kuwait. Circa 1985 or 86 I suppose. When we brought it with us to India in 1987 after my family moved back, some of my cousins also enjoyed playing it with us. It broke it 1989 and unfortunately we couldn’t find a place that could repair it. In 1995 I bought my first computer, a clunky desktop pc. It came with a few games and my sister and cousins and I enjoyed playing a few games on it. I never bought any just the free games or demo versions of games that you could get from a computer magazine.

Other than the iconic Doom and Duke Nukem, I had some other games that I loved a lot and I also remember when two of my younger cousins had come to stay at my place, we played a lot of them games. Back then for most of the late 90s I tried to get a good football game. I had a couple of good ones until in 1997 I got a copy of EA’s FIFA 1995. Man, I loved that game and I played it a lot. I also managed to get NHL 1995 as well and these were the two games I loved. My then computer died on me back in 2003 and then I stopped looking at games.

I bought my next pc in 2006 but I didn’t play much games on it. I had given away my copies of FIFA 95 & NHL 95 and never played any games since. However on my phone I have played a few games of Tennis Clash & Bowling King which I love a lot. It helps to pass the time. But other than that I haven’t been into the kinda of games that seem to be very big on XBox, Wii, Playstation or PCs. That will change as I have just made a purchase of EA’s FIFA 21. This is a long awaited return to playing my favourite game online. It will be here on Saturday and I cannot wait to play a few during the weekend.