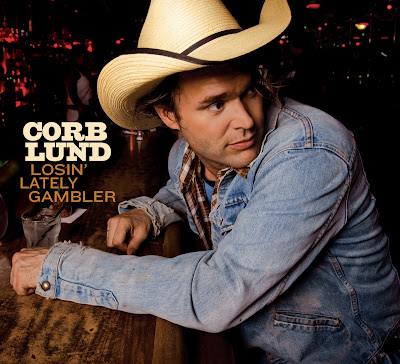 The alt-country tunes that Corb Lund puts out with his backing band The Hurtin’ Albertans always stands in a class by themselves. They have released 6 albums to critical acclaim and have created a loyal following – of which this South Indian is also a part of. With their latest (actually released in 2009) album Losin’ Lately Gambler, Corb continues his semi-narrative style of singing, which along with the roots based music, is just screaming for beer, whiskey and a bar where everyone dances & listens to what the singer has to say.

We start off with Horse Doctor, Come Quick about veterinarians and about scoring drugs of the doctor, a situation that was just begging for a song. “Well I know you been busy pullin’ all them calves, But you got somethin’ that the other vets don’t have”. Corb always sings about horses and riding and this album is no exception. The next song is Steer Rider’s Blues – a bar dance kinda song. Lyrically it’s about a boy who’d rather be riding in the rodeo that be in school. A Game In Town Like This is about a gambler who has hit the long road to loses and it’s also from where the album title comes from. He has seen his share of wins but now he is losing money and is trying to cut his loses and hopes things get better.

We go into ballad nation with Alberta Says Hello, a lover’s letter to his ex who he misses a lot. She has moved her and gone to live in Montreal which he is still living in Alberta. And that although he’s finding life without her very difficult he’s glad that she is doing well. Takin’ Veternarian Blues is about a son learning from his dad, who is a vet, that it’s always better to get cash for the doctor’s bills instead of getting trades from farmers. More advise of life as a vet is followed in that talking blues-country style that Lund is famous for. Its Hard To Keep A White Shirt Clean, is a swinging country number of a hard life. It’s a fun little ditty that is sure to put a smile on your faces. Long Gone To Saskatchewan is a foot stompin’ number, which almost sounds like it was commissioned by the Province of Saskatchewan to get more farmers to migrate. The song’s about a cattle farmer & his wife who finds making a living tough in his native of Alberta and so he packs up and moved next door. Except for the chorus, the song is a narrative style sung fun loving number.

Sounding like something from the 1950s Devil’s Best Dress is about the heart breaking woman who has left the singer & many others in a pile of bloody mess in her wake. The Only Long Rider I Know a rockin country song is about a legendary rider just like any country band should sing about. This one should be a single and if it’s not a hit, well then there is no justice in this world. A Chinook Wind is a warm wind during the winter that hits the Canadian west; it’s also the name of the next song. Proud of his prairie roots and his Alberta home, This Is My Prairie is a ballad love song in tribute to the province.

All in all a good, strong album. I guess my fav Corb Lund album will always be 5 Dollar Bill but this one comes mighty close. One for the ages and evergreen for ever.