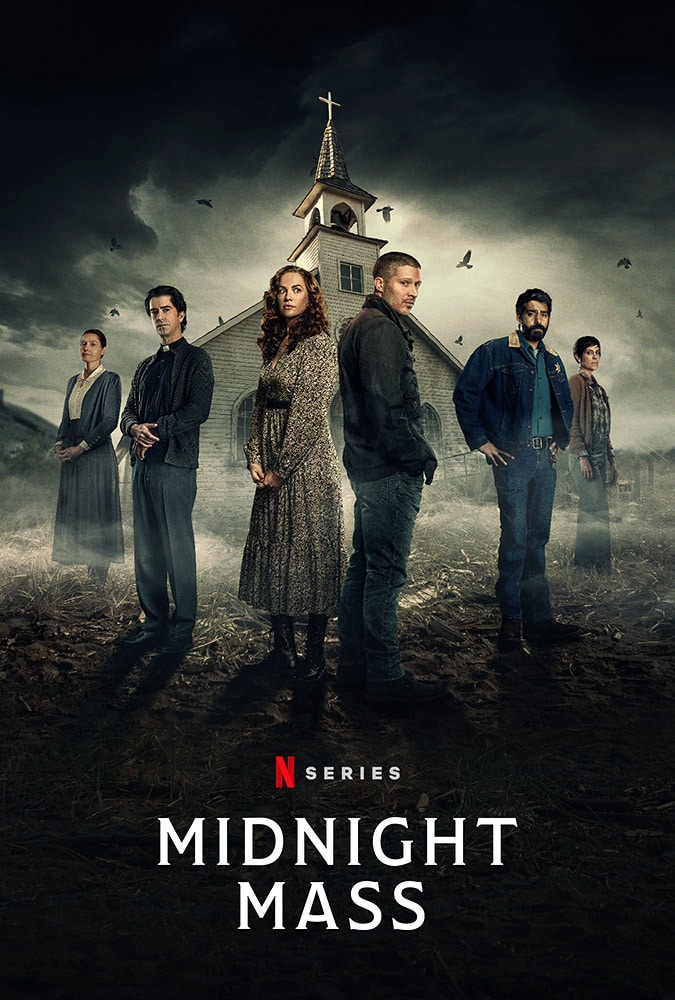 Midnight Mass is an American supernatural horror streaming television miniseries created and directed by Mike Flanagan and starring Zach Gilford, Kate Siegel, Hamish Linklater, Samantha Sloyan, Rahul Kohli, Kristin Lehman, and Henry Thomas. The plot centers on an isolated island community that experiences supernatural events after the arrival of a mysterious priest. A young man returns to his isolated hometown on Crockett Island, hoping to rebuild his life after serving four years in prison for killing someone in a drunk-driving incident. He arrives at the same time as a mysterious, charismatic young priest who begins to revitalise the town’s flagging faith. However, the community’s divisions are soon exacerbated by the priest’s deeds while mysterious events befall the small town.