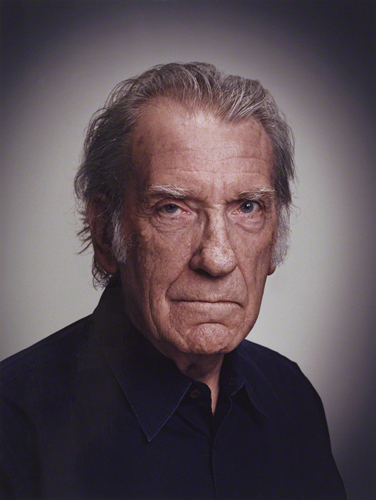 David Hattersley Warner (29 July 1941 – 24 July 2022) was an English actor, who worked in film, television, and theatre. He attended the Royal Academy of Dramatic Art and worked in the theatre before attaining prominence on screen in 1966 through his lead performance in the Karel Reisz film Morgan: A Suitable Case for Treatment, for which he was nominated for the BAFTA Award for Best Actor in a Leading Role.

Warner portrayed both romantic leads and villainous characters across a range of media, including The Ballad of Cable Hogue, Straw Dogs, Cross of Iron, The Omen, Holocaust, The Thirty Nine Steps, Time After Time, Time Bandits, Tron, A Christmas Carol, Portrait in Evil, Titanic, Mary Poppins Returns and various characters in the Star Trek franchise, in the films Star Trek V: The Final Frontier and Star Trek VI: The Undiscovered Country, and the Star Trek: The Next Generation two-part “Chain of Command” episode.

Warner moved to Hollywood in 1987, where he lived for 15 years. During that time, in addition to Titanic, he was a regular fixture in US television, cropping up in science fiction shows to Twin Peaks and The League of Extraordinary Gentlemen. I will always remember him for his fun role as Prof. Jordan Perry in Teenage Mutant Ninja Turtles II, his tragic turn in Omen as the doomed photographer, his role as the human representative St. John Talbot in Star Trek V : The Final Frontier & his awesome portrayal as the Klingon Chancellor Gorkon in Star Trek VI: The Undiscovered Country. However most Trekkies will know him from his iconic role as Gul Madred the Cardassian who tortures & interrogates Captain Jean-Luc Picard (there are 4 lights) in the double episode Chain of Command in Star Trek TNG.

Married and divorced twice, he leaves behind 1 child.