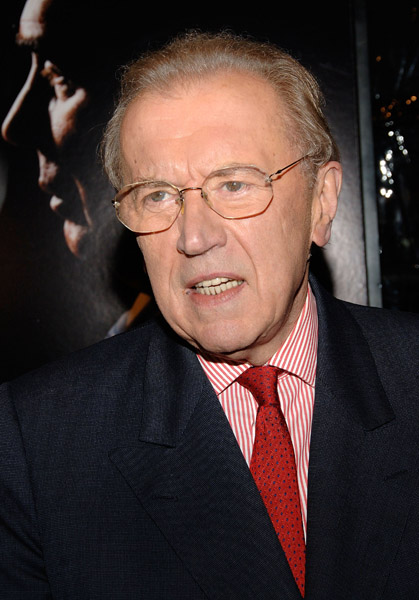 The  English journalist, comedian, writer, media personality and daytime TV game show host Sir Robert Frost has passed away at the age of 74. Born in Tenterden, Kent, on 7 April 1939 as the son of a Methodist minister, he was the youngest of 3 children, having two older sisters.  He was taught in the Bible class of the Sunday school at his father’s church (Byron Road Methodist) by David Gilmore Harvey, and subsequently started training as a Methodist local preacher, which he did not complete. He subsequently studied at Cambridge, where he graduated with a degree in English. Throughout his school years he was an avid football and cricket player, and was offered a contract with Nottingham Forest F.C. At Cambridge he was editor of both the student newspaper,Varsity, and the literary magazine, Granta. After leaving university, he became a trainee at Associated-Rediffusion and worked for Anglia Television.

Frost was chosen by writer and producer Ned Sherrin to host the satirical programme That Was The Week That Was, alias TW3. Frost fronted a number of programmes following the success of TW3, including its immediate successor, Not So Much a Programme, More a Way of Life, which he co-chaired with Willie Rushton and poet P. J. Kavanagh. More successful was The Frost Report, 1966 and 1967, which launched the television careers of John Cleese, Ronnie Barker and Ronnie Corbett. He signed for Rediffusion, the ITV weekday contractor in London, to produce a “heavier” interview-based show called The Frost Programme. Guests included Sir Oswald Mosley and Rhodesian premier Ian Smith. His memorable dressing-down of insurance fraudster Emil Savundra was generally regarded as the first example of “trial by television” in the UK. Frost was a member of a successful consortium, including former executives from the BBC, which bid for an ITV franchise in 1967. This became London Weekend Television, which began broadcasting in July 1968. From 1969 to 1972, Frost kept his London shows and fronted The David Frost Show on the Group W (U.S. Westinghouse Corporation) television stations in the United States.[3] His 1970 TV special, Frost on America, featured guests such as Jack Benny and Tennessee Williams. In 1977 a series of interviews with former US President Richard Nixon were broadcast. Made for American television, they were screened internationally. This inspired the highly acclaimed Frost/Nixon motion picture in 2008.

During the 1980s, 90s and 2000s, he presented the panel game Through the Keyhole, latterly on daytime TV, which featured a long running partnership with Loyd Grossman. Frost remained a presenter after transferring from ITV, his Sunday morning interview programme Breakfast with Frost ran on the BBC from January 1993 until 29 May 2005. Following the end of the BBC series Frost worked for Al Jazeera English, presenting a live weekly hour-long current affairs programme, Frost Over the World, which started when the network launched in November 2006. The programme has regularly made headlines with interviewees such as Tony Blair, President Omar al-Bashir of Sudan, Benazir Bhutto and President Daniel Ortega of Nicaragua. Frost was the only person to have interviewed eight British prime ministers serving between 1964 and 2010 and the seven US presidents in office between 1969 and 2008. Frost was known for several liaisons with beautiful and high profile women, and he is also known for remaining friendly with most of them. In 19 March 1983, David Frost married Lady Carina Fitzalan-Howard and together had 3 sons. For many years they lived inChelsea, with their weekend home at Michelmersh Court in Hampshire. On 31 August 2013, Frost was giving a speech on board the cruise liner, the MS Queen Elizabeth. During his speech he had a suspected heart attack and died.