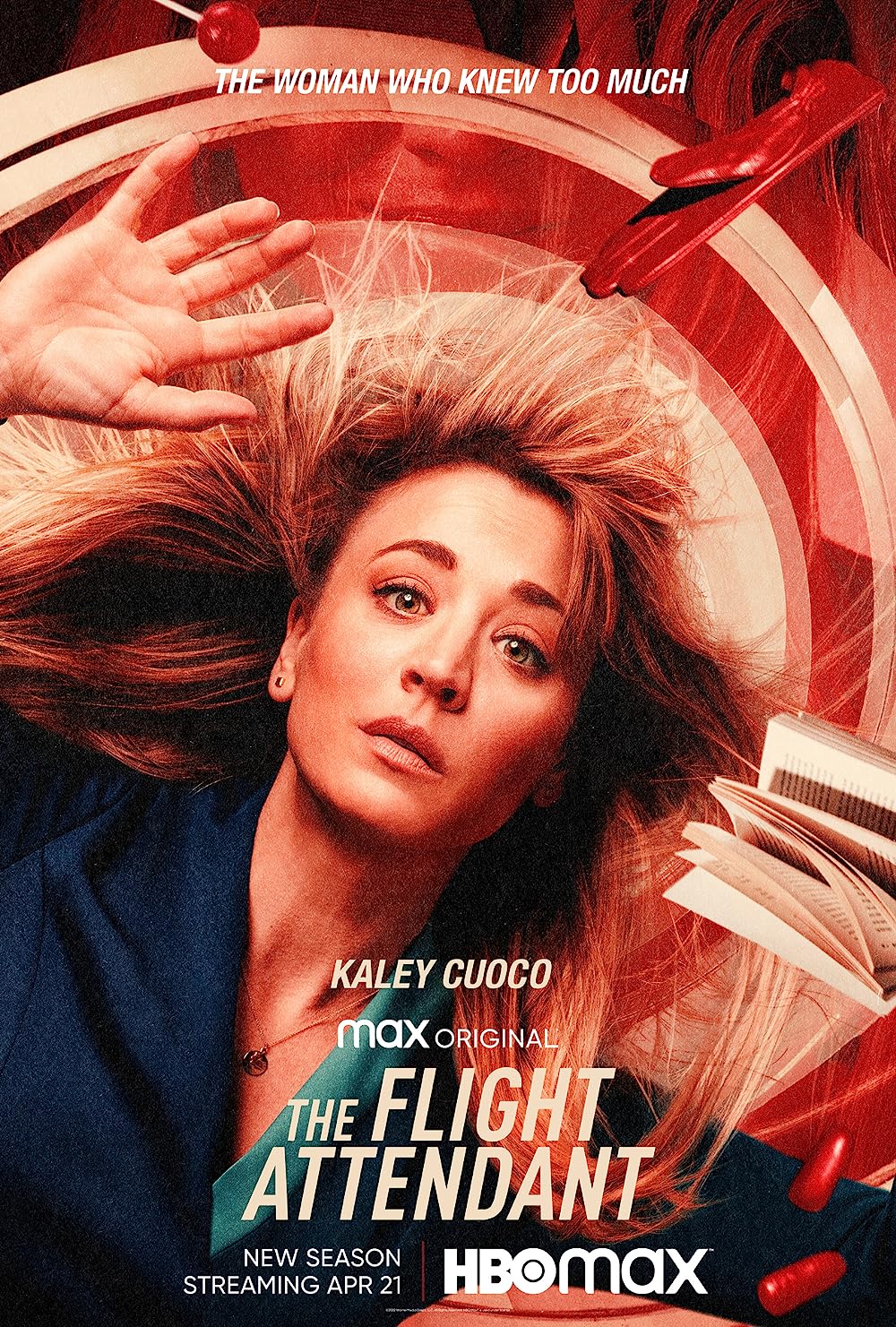 The Flight Attendant is an American dark comedy drama mystery thriller television series developed by Steve Yockey based on the 2018 novel of the same name by Chris Bohjalian. It stars Kaley Cuoco in the title role and premiered on HBO Max on November 26, 2020. In December 2020, the series was renewed for a second season, which premiered on April 21, 2022. American flight attendant Cassie Bowden is a reckless alcoholic who drinks during flights and spends her time having sex with strangers, including her passengers.

When she wakes up in a hotel room in Bangkok with a hangover from the night before, she discovers the dead body of a passenger on her last flight lying next to her with his throat slashed. Afraid to call the police, she cleans up the crime scene, then joins the other airline crew traveling to the airport. In New York City, she is met by Federal Bureau of Investigation (FBI) agents who question her about the layover in Bangkok. Still unable to piece the night together, and suffering intermittent flashbacks/hallucinations about it, she begins to wonder who the killer could be.