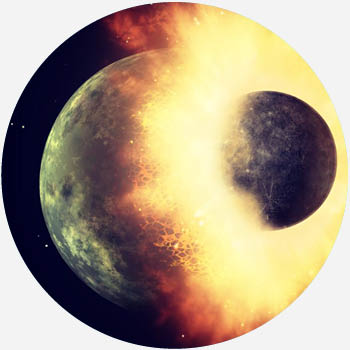 One popular myth that I was only made aware of a few years ago is that of Nibiru, a supposed planet that some claimed would collide with Earth at the end of the year 2012. But despite the buzz, there’s no scientific evidence supporting the alleged planet’s existence and, of course, our planet survived 2012 without absorbing a massive impact.

The story began in 1976, when Zecharia Sitchin wrote “The Twelfth Planet,” a book which used Stitchin’s own unique translation of Sumerian cuneiform to identify a planet, Nibiru, orbiting the sun every 3,600 years. Several years later, Nancy Lieder, a self-described psychic, announced that the aliens she claimed to channel had warned her this planet would collide with Earth in 2003. After a collision-free year, the date was moved back to 2012, where it was linked to the close of the Mayan long-count period. A planet with an orbit so eccentric that it took 3,600 years to orbit the sun would create instabilities inside our 4.5-billion-year-old solar system.

After only a few trips, its gravity would have significantly disrupted the other planets, whose own gravitational pushes would have changed the hypothetical world’s orbit significantly. According to the information available, a planet with a 3,600-year-long orbit that was due to impact Earth in 2012 should be available to the naked eye. Easily performed calculations show that, by April 2012, it would have been brighter than the faintest stars viewed from a city, and almost as bright as Mars at its dimmest. This would have made it visible to astronomers everywhere.

However; a planet called Nibiru, although not associated with Earth’s doomsday, featured briefly in the 2013 Star Trek film installment Star Trek Into Darkness. The planet appears in the opening scenes as a home of savage tribesmen and a supervolcano about to erupt. The planet, covered by a red jungle and an ocean deep enough to comfortably hide the Enterprise spaceship, is a target of exploration by the crew led by Captain James Kirk. However, things quickly go awry after Spock gets stranded on the super volcano while trying to stop the eruption, prompting the Captain to break the Prime Directive, which prohibits Star Trek explorers from interacting with alien civilizations.