Corner Gas is/was what most sitcoms hope they can be but usually never do. An instant hit from the get go, with a genuinely funny cast of 8 people who have incredible comedic timing & chemistry and are funny without trying, each of the 6 seasons are as equally great as the others and people get nostalgic for it the minute it stopped airing.

From January 22, 2004 to April 13, 2009, 107 episodes of this awesome comedy was shown and it now lives on in reruns. I just finished watching the very last episode this morning and have been emotional from the 1st episode of the 6th season. Corner Gas is the name of the show and also the gas station in fictional Dog River – in fact the only gas station for 60 kms in either direction. Brent Leroy (Brent Butt) inherited the business from his father Oscar (Eric Peterson) who is now retired and lives with his wife, Brent’s mom, Emma (Janet Wright). Wanda Dollard (Nancy Robertson) works at the station’s convenience store as a retail assistant. Hank Yarbo (Fred Ewaniuk) is Brent’s best friend from childhood and is an unemployed handyman who always hangs out at the gas station. Veteran cop Davis Quinton (Lorne Cardinal) and rookie Karen Pelly (Tara Spencer-Nairn), keep the peace in the small town, which is virtually crime free and hence they live a dull work life – which is the way Davis likes it but Karen likes a bit more action. And we have Lacy Burrows (Gabrielle Miller) who moved from Toronto to Dog River and who runs & owns a dinner adjacent to Corner Gas, The Ruby, named after her aunt who she inherited it from. 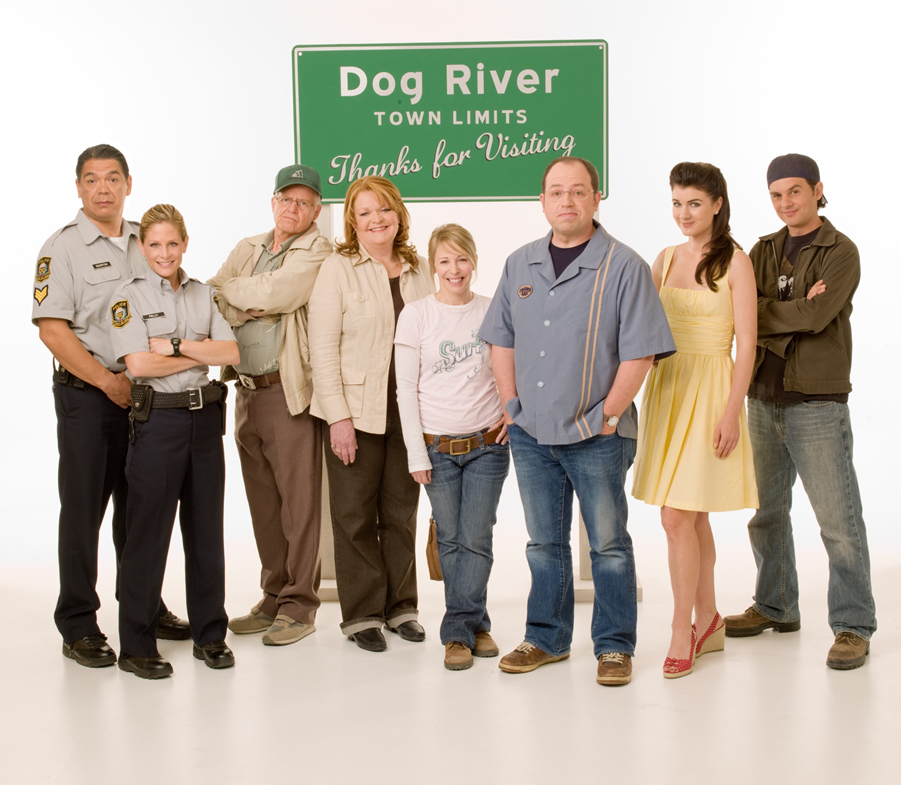 I just love it how old cranky Oscar tries to cook up some scheme or the other to make a buck or usually just to entertain himself, causing grief to Emma and how Hank, the village idiot, always does or says something stupid. Lacy does her best to fit in despite being reminded on many occasions that she is the big city girl in a small town, while Wanda – the cleverest person in town – always does things to better her situation but it never works out. Davis is so enthusiastic over small silly thing much to the chagrin of his partner Karen who wants more actual police work to do. Brent just kinda takes it all in and is like the referee in all of this. The cast is so funny together that it feels like such a shame to have only had them for 6 seasons. It should have gone for a few more.

4 thoughts on “There’s Not A Lot Going On”