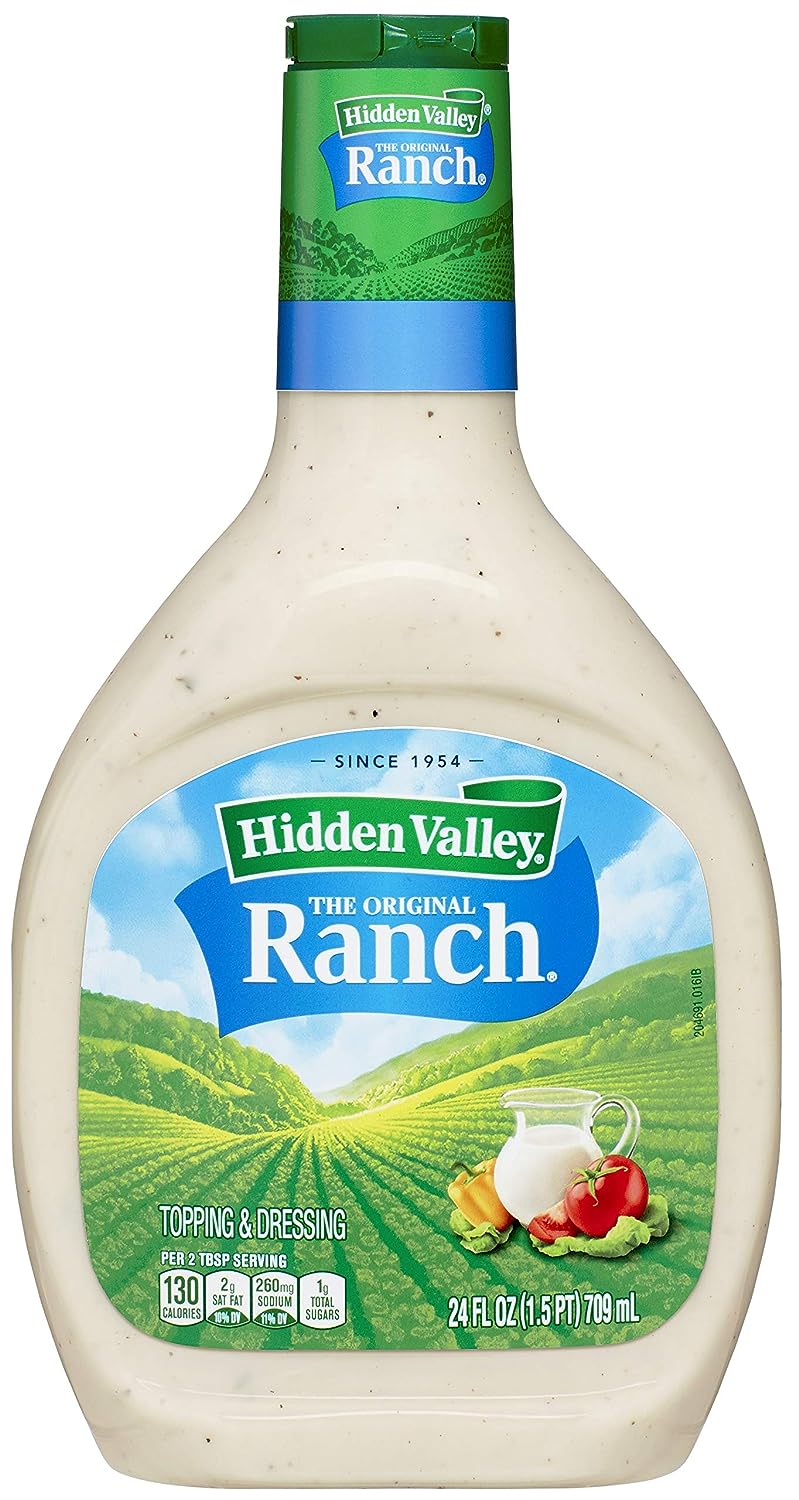 So for the longest time I have heard of ranch dressing as something you have in your salad or as a dip. Ranch has been the best-selling salad dressing in the United States since 1992, when it overtook Italian. It is also popular in the United States and Canada as a dip, and as a flavoring for potato chips and other foods. In 2017, 40% of Americans named ranch as their favorite dressing, according to a study by the Association for Dressings and Sauces. But what is it and why is it called ranch?

Is it because it’s made of stuff that you usually find in a ranch out in the country? Or maybe it’s was initially made only in ranch houses? Or it is made out of things that make up a ranch? No clue as it what it is. Turns out that it is none of those. Ranch dressing is an American salad dressing usually made  from  buttermilk,  salt, garlic, onion, mustard, herbs (commonly chives, parsley and dill), and spices (commonly  pepper,  paprika and ground mustard seed) mixed into a sauce based on mayonnaise or another oil  emulsion.  Sour cream and yogurt are sometimes used in addition to, or as a substitute for, buttermilk and mayonnaise. So why “ranch”?

While working as a contract plumber in Alaska, Steve Henson started cooking for his coworkers and perfecting his buttermilk dressing recipe. Five years later he moved to California with his wife Gayle and bought a ranch. His famous buttermilk dressing soon became a staple at the dinner table of Hidden Valley Ranch and before long the Hensons started selling it to guests and local supermarkets. Over two decades later in 1972, the couple sold their name and recipe to Clorox for $8 million. Ok, now that makes sense!

Since its creation, Hidden Valley Ranch has developed over 70 different varieties of ranch dressing. The most popular flavor remains The Original Ranch, followed by Avocado Ranch, Cucumber Ranch, and Bacon Ranch. Crazier flavors over the years include Pizza and Taco Flavored Ranch. And that’s just Hidden Valley. Vegan Ranch is definitely also a thing.