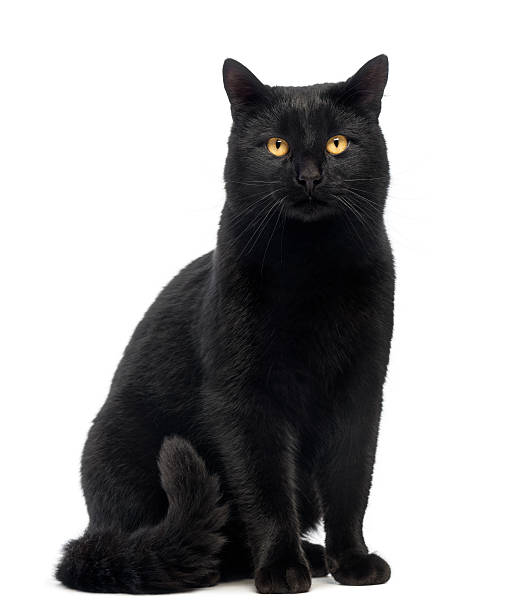 You’ve probably heard that it’s unlucky if a black cat crosses your path. Although the origin of this common black cat myth is uncertain, it may have to do with the cat’s slick demeanor. A black cat’s sly movements might suggest to some superstitious spectators that he’s up to no good.

Many early American settlers believed in witches who could take the form of black cats. This would allow them to sneak around unnoticed as they performed magic spells. It was also believed that a witch could shapeshift into a black cat up to nine times, which may have something to do with the belief that cats have nine lives. In today’s pop culture, black cats are often featured either as witches or alongside witches.

Black cats have some of the lowest adoption rates and highest euthanasia rates in shelters across the United States. It’s also harder to attract adopters—rescues and shelters often feature photos of their adoptable cats online, and black cats are more difficult to photograph than lighter-coated cats. It’s been reported that potential adopters perceive black pets as less friendly than lighter-coated pets solely based on a photograph. Some shelters even stop adopting out black cats in October altogether in fear that they’ll be used as Halloween props.

Show of hands: Who has had a black cat cross their path? How many of you have been doomed to a life of bad luck? Black cats shouldn’t get a bad rap just because they look sneaky. In fact, they’re considered good luck in many cultures. In Scotland, it’s lucky for a strange black cat to arrive at your doorstep. In Japan, black cats are thought to help single women find suitors. There’s a lot of silly superstitions out there, but most of the world acknowledges black cats as cute—not creepy.